Currently there are no further meetings planned.

The final conference took place in Hamburg from 17-19th of February 2014.

The publication of this conference was published in March 2014, 384 pages.

“Innovative SMEs by Gender and Age around the Mare Balticum” 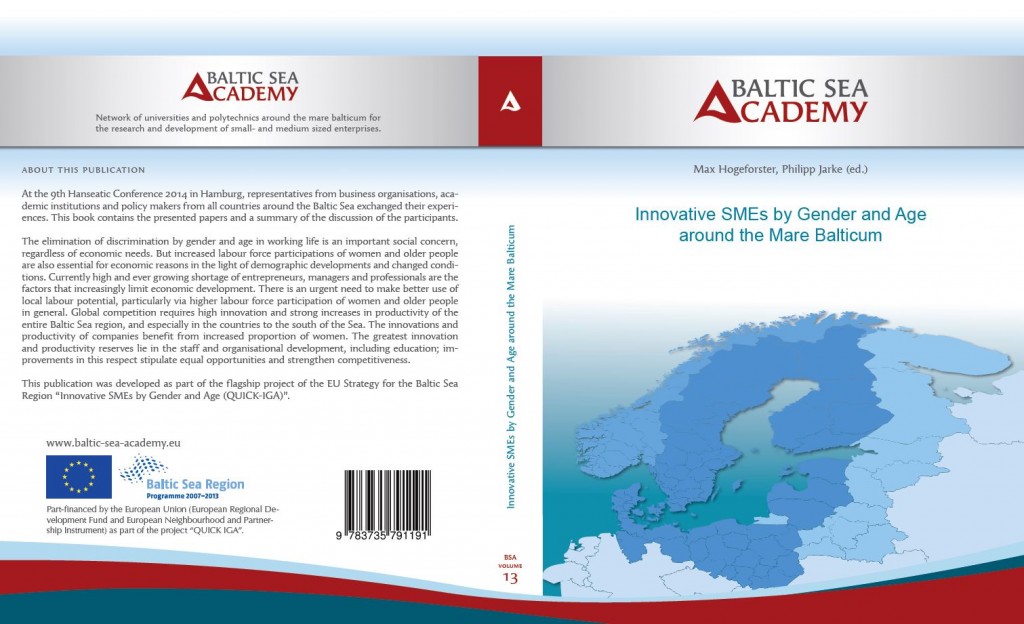